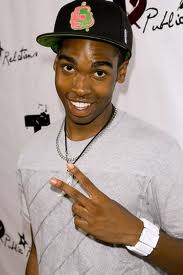 Daniel Curtis Lee (born May 17, 1991)[1] is an American actor and rapper. He is best known in Nickelodeon's Ned's Declassified School Survival Guide, in which he played the nerdy Simon Nelson-Cook, known as "Cookie" or "P Cookie". Lee has also appeared in other television shows such as First Monday and The Shield, and motion pictures such as Friday After Next. He starred in the Disney XD series Zeke and Luther as Kojo.

Daniel was born in Clinton, Mississippi.

He also posts videos on YouTube on the channel DanDonthefly of him rapping.

Retrieved from "https://disneyxd.fandom.com/wiki/Daniel_Curtis_Lee?oldid=10178"
Community content is available under CC-BY-SA unless otherwise noted.