The topic of this page has a wiki of its own: DuckTales Wiki. 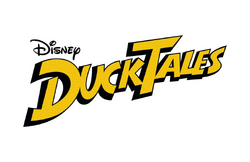 On February 25, 2015, Disney XD announced that a reboot of DuckTales went into production and is scheduled to premiere in September 23, 2017 At 8PM. [1] All characters from the original series are expected to return. Later, it was revealed by Terry McGovern, the voice of Lanchpad McQuack, that the original voice cast will be replaced by new actors.[2]

Concept art of the 2017 reboot

Banner ad
Add a photo to this gallery

Retrieved from "https://disneyxd.fandom.com/wiki/DuckTales_(2017_series)?oldid=12745"
Community content is available under CC-BY-SA unless otherwise noted.